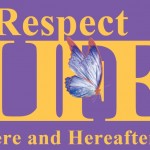 There are few instances in Halachah where one is obligated to override other mitzvos in the Torah in order to keep one mitzvah.  Two such instances are Pikuach Nefesh, when a life is threatened, and Mes Mitzvah, when a fellow Jew may not be given the respect that Jewish burial provides.

The Torah explains the reasoning for the value of life, when prohibiting the taking of another’s life, by saying “Ki B’tzelem Elokin Osah es Ha’adom,” man was created in the image of Hashem.

The same reasoning is used when the Torah mandates the respect given to the body after death, as the Torah says in Ki Saitzai, “Ki Killas Elokim Talui,” the image of Hashem would be defiled if a body is not buried immediately.

The common thread connecting these two mitzvos is the recognition of and the prominence given to each and every individual, as every person represents a Tzelem Elokim.

Many people do not fully understand the modern-day practical applications of these concepts. Pikuach Nefesh today involves making the proper medical decisions to ensure that one’s life is prolonged. Mes Mitzvah is no longer a body found in the field that needs to be buried, but rather someone in good health making a choice to be cremated instead of choosing traditional Jewish burial.

This Shabbos Parshas Vayechi (12.26.15) is the Shabbos designated by TEAM, the Traditional End-of-Life Awareness Movement, to generate awareness about the inherent sanctity of life, the significance of making appropriate end-of-life decisions and the importance of traditional Jewish Burial.

In our world, the medical ethic defines life by its quality. Hospitals and medical institutions frequently push patients to pull the plug and minimize medical procedures, ending their lives prematurely.

There is a widespread lack of knowledge and awareness about the importance of every moment of life, the Torah view on the afterlife, and the requirements of Kevurah K’Halachah. Therefore, people within our community, and certainly many of our relatives, acquaintances and co-workers, make end-of-life choices that are contrary to Torah values.

We have an overriding obligation to educate our community. It’s time we open the conversation.

With the involvement of over 250 rabbis and communities in more than 130 communities, TEAM Shabbos hopes to engender awareness of the meaning of these issues, the severity of the current situation and the steps we can take to bring about change.

Utilizing the teachable moment of Parshas Vayechi, which covers the topics of Yaakov Avinu’s illness and direction to his children, his request for Chessed-Shel-Emes and his arrangement for burial, TEAM will encourage people to consider and deal with these infrequently discussed issues.

“TEAM Shabbos is a very important initiative, and I encourage all rabbanim to join and create a national awareness about these topics,” says Rabbi Moshe Heinemann of Baltimore, Maryland.

Interestingly, the Parshios in the Torah that mention the topic of death are called Vayechi and Chayei Sarah, which both have the noun “life” at their roots. Because death is not the end, it’s the transition to eternal life.

The Torah’s perspective on end-of-life matters is not easy to talk about.

TEAM is looking to change that now.

If your shul has not yet signed up to join the TEAM, visit teamshabbos.org today.