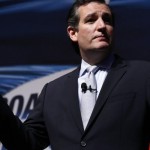 Boehner’s bill would have provided $659 million for the border problem, much less than the $3.7 billion the Obama administration requested to respond to the influx of tens of thousands of Central American children.

Boehner, giving into tea party pressure, made a new concession on Wednesday with Senator Ted Cruz, agreeing to vote on a second bill on Thursday. That bill would stop Obama from expanding the 2012 policy which suspends deportations of children brought to the U.S. by their parents before mid-2007. Read more.