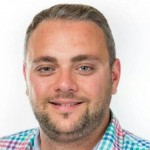 A local politician with Sweden’s ruling party said that Israel trained the jihadist ISIS group to wage war on Muslims.

Adrian Kaba, who represents Sweden’s Social Democrats in Malmo’s city council, made the statement this summer during a discussion on Facebook, the Sydsvenskan newspaper reported on Thursday. Reacting to the report, the chairman of the party’s regional branch, Joakim Sandell, said, “An elected official should not be spreading conspiracy theories.”

In his Facebook post, Kaba wrote on July 21: “ISIS is being trained by the Israeli Mossad. Muslims are not waging war, they are being used as pawns by other peoples’ game.”

Sandell said the party intends to deal with the issue internally, but did not elaborate.

Initially, Kaba argued he did not endorse the statement but merely forwarded it “because the main thing is to keep a debate going,” Sydsvenskan reported. But he later apologized for the remark, adding: “I now realize that I made a mistake. If there is evidence that this is an anti-Semitic conspiracy theory, then I reject it unreservedly.”

In 2012, Kaba used the term “Jew-European extreme right-wing conspiracy” in an editorial in the Socialist newspaper Tro & Politik, according to Sydsvenskan.