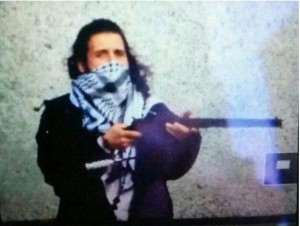 The suspected shooter in today’s attack on Canada’s parliament had been designated a “high-risk traveler” by the government. According to 680News Toronto, a Canadian federal official confirmed Michael Zehaf-Bibeau, a man in his early thirties, is responsible for killing Cpl. Nathan Cirillo dead and firing on parliament.

The government had seized Zehaf-Bibeau’s passport, just as it had with Martin Rouleau-Couture, the Quebecker who ran down two Canadian soldiers in his car on Monday.

Some U.S. documents indicate Zehaf-Bibeau was born Michael Joseph Hall. Two U.S. officials said Zehaf-Bibeau is a convert to Islam. Canadian officials have not confirmed whether or not there was a single gunman in the attack. Read more at Globe and Mail.