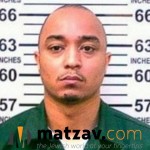 The gunman who allegedly shot and killed a New York City police officer has been identified as a 30-year-old who hadprior offenses related to gang activity.

Police sources told ABC News today that Tyrone Howard is the man who is currently in the hospital after getting into a shoot-out on Tuesday night that left Officer Randolph Holder dead.

Holder and other officers were responding to reports of gunshots in East Harlem, which police sources said was connected to gang activity.

Howard has been previously arrested multiple times, including a year ago in a case relating to gang activity, police sources said.

The incident on Tuesday night started as a gang dispute between members of rival gangs that operate in the adjacent Jefferson Houses, East River houses and the Wagner Houses, police sources told ABC News, noting that there is an ongoing dispute between gangs in the three apartment complexes.

The gangs got into a dispute in front of a parking garage at 445 East 102nd Street and that is where shots were fired, police sources said.

Police Commissioner Bill Bratton and Mayor Bill de Blasio are expected to give an update on the incident at a news conference at 12:45 p.m. today.