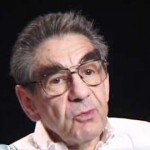 Dr. Jesse Steinfeld, the first surgeon general ever pushed out because of his work against tobacco, died Tuesday at the age of 87. Steinfeld had proposed the Non-Smoker’s Bill of Rights that focused on secondhand smoke, as well as strengthened the warning on packages and banned smoking in some government buildings.

He was labeled the “worst surgeon general ever” by the tobacco industry, and when Nixon required resignation letters from every member of his administration after reelection, he accepted Steinfeld’s.