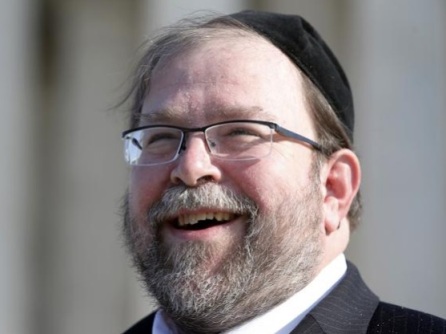 Who has the final say when it comes to frequent flier membership privileges? Are airlines the judge, jury and executioner? Or do program members have some rights?

The Supreme Court addressed those questions Tuesday in a case that may have far-reaching implications for commercial air travelers, NPR reports.

The case was brought by Rabbi S. Binyomin Ginsberg, who claims his frequent flier membership with Northwest Airlines was terminated in 2007 because he complained too often to the airline about its services.

NPR reports that Northwest claimed Ginsberg called their frequent flier number two dozen times over a seven-month period to register complaints. He said he never asked for anything in return. The airline said he sought compensation.

Ginsberg told NPR, “I did exactly what they asked you to do. If you have a negative experience, they want you to give them feedback.”

Then, a short time later, Ginsberg was told that he was no longer a member of Northwest’s frequent flier program because he had abused the privilege. He told NPR that his miles were confiscated and that he couldn’t join the program again.

“Ginsberg says he thought it was a joke at first. But when he realized it wasn’t, he asked for an explanation. ‘And they said, “Because you complained too much about our service,”‘ he says.

“When he called the legal department to follow up, he says he was told that under federal law the airline has ‘total discretion’ in such matters.”

The case has been heard in other federal courtrooms. In 2011, a Federal Appeals Court ruled that Ginsberg’s case be reconsidered after a lower federal court had dismissed the suit. On Tuesday, the Supreme Court was all ears. But the case is about much more than Ginsberg’s right to complain (and the $5 million in damages he initially sought).

“At issue is whether Ginsberg has a right under state law to bring his case or whether it is preempted by a 1970s-era federal law that deregulated the airline industry.

“That law prohibits parties from bringing similar state claims against airlines relating to a ‘price, route, or service’ of the carrier.”

Ginsberg told CNN, “To me, it’s outright fraud. You can’t take somebody’s mileage away when they’ve accumulated it. We live in a country that was built on freedom and this to me is a tremendous abuse of freedom.”

However, he may have to prepare for disappointment. Reuters reports that the Supreme Court justices “voiced skepticism on Tuesday about whether an airline customer could sue after being thrown out of a frequent flyer program.”

Though some of the justices expressed sympathy for customers who are treated poorly, “the majority appeared concerned that a ruling for the flyer, Rabbi Binyomin Ginsberg, could upset the federal system for regulating airlines.”