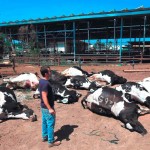 The nearly two-month-long conflict with Hamas that has taken an economic toll on Israel, In addition to the military expenditures from Operation Protective Edge, physical damage to commercial facilities and the financial impact on industries such as retail and tourism have dragged the country into an economic slump, while the psychological cost on the children growing up in the south will take years to assess.
Nearly 3,000 claims for damage have been submitted to the Israel Tax Authority, which has so far paid some $20 million for direct damages and another $21 million for missed work days and other indirect damage. According to existing laws, workers in businesses located within 40 kilometers from the Gaza border get paid for the days they are absent from work, and their employers are eligible for full compensation from the government for these wages.
Israel’s Ministry of Tourism reports that tourism for July dropped by 26 percent from the same period last year. The sector, comprising about 7 percent of the Israeli economy, has lost at least $566 million, according to the figures.
The hardest-hit from the ongoing war are the businesses in the south of the country, which has sustained the bulk of the rocket fire from Hamas. Stores and restaurants have suffered from a drop in sales, while manufacturing facilities close to the Gaza border have been impacted by slowdowns in manufacturing due to incessant rocket alerts.
Israel’s Manufacturers Association estimated the total economic impact on Israeli manufacturers for the first round of the conflict at about 1.2 billion shekels, with factories in the south accounting for 40 percent of this figure, and facilities in Haifa and the center of the country incurring half the losses.
The agricultural sector has also experienced significant physical damage from the falling projectiles. Since the Iron Dome system is only activated when there is a projectile headed for a built-up area, thousands of rockets and mortars have landed in open fields, many of them belonging to farms. In addition to crop damage, there have been a number of incidents of injury and death of cattle, chickens and other livestock as a result of rocket impacts.
In an effort to assist businesses hurt by the conflict, Tourism Minister Uzi Landau proposed a tax exemption to Gaza-adjacent communities in the south. The move would be part of a comprehensive aid package consisting of tax breaks as well as reparations.
The latest war with Hamas came at a time when the Israeli economy was already in a slowdown, with a strong shekel decreasing exports and growth for the second quarter of 2014 falling to 1.7 percent from 2.8 percent in the first quarter. In response, the Bank of Israel decided on July 28 to cut its benchmark interest rate to a five-year low of 0.5 percent.
“We assess that economic activity is experiencing a sort of contraction, that began before the start of the Gaza operation,” the bank said Aug. 18. “This contraction will worsen in the current quarter, although some degree of rebound can be expected as soon as the hostilities cease.”