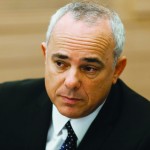 “During Erdogan’s time in power, and specifically in recent years, relations with Israel have deteriorated from cooperation to bitter tensions,” Steinitz said. “Turkey is drawing closer to Hamas and radical Islam at the expense of relations with Israel, including incitement against Israel.”

Last June, Erdogan’s AKP party suffered a significant setback, losing the governing majority in parliament for the first time since coming to power over a decade ago. In the run-up to the June election, many Turkish voters expressed dismay over Erdogan’s increasingly authoritarian policies. But instead of forming a coalition government, Erdogan pushed for new elections while increasing his nationalist rhetoric, and implementing a greater crackdown on dissidents and Turkey’s Kurdish minority.

As a result of Sunday’s election, Erdogan’s AKP regained the majority and will now control 317 seats in the 550-seat parliament, which will allow AKP to govern without a coalition partner.

While Erdogan still needs 330 votes to push through reforms to the constitution to expand the power of the president, most analysts expect that Erdogan will secure enough support for the changes.

“There is a president with de facto power in the country, not a symbolic one,” Erdogan said in a victory speech on Sunday, the New York Times reported. “The president should conduct his duties for the nation directly, but within his authority. Whether one accepts it or not, Turkey’s administrative system has changed. Now, what should be done is update this de facto situation in the legal framework of the Constitution.”