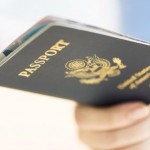 Congress is expected to enact a new law that would allow the U.S. government to revoke passports from Americans who owe the IRS over $50,000.

Under a provision buried within the 864-page highway-funding bill, H.R. 22, the State Department would have the authority to revoke or deny passports of Americans owing the IRS more than $50,000 in “seriously delinquent” federal taxes, including interest and penalties, which would be adjusted for inflation, reported The Wall Street Journal.

The passport provision would usually only apply to people who have had a levy or lien filed against them by the IRS. Those who have already arranged a payment plan or are legally disputing a tax case would not likely be subject to the rule, according to CNN.

The Joint Committee on Taxation estimated that the measure would bring in $398 million over the next decade.

The highway-funding bill is currently before a conference committee and is expected to be passed in early December and take effect on Jan. 1.

Critics of the measure claim there will be no judicial review and no due process if the passport revocation rule retains its current form.

“You don’t get to go in front of a judge first to have a fair and impartial hearing over whether or not the government’s tax allegations are accurate. The language in the law is very clear: they can simply revoke your passport if you owe them money in their sole discretion,” according to Soverign Man’s Simon Black.

Some of the most vulnerable to the provision are the nearly 8 million Americans who live abroad and need their passports for work visas, banking, and residency permits, and may not even be receiving tax notices from the IRS.