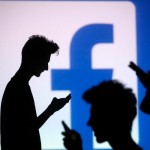 Facebook crossed a significant milestone last month: On average, the service now sees more than one billion users every single day — 1.01 billion, to be precise. Daily active users are up 17 percent from last year, the company revealed Wednesday, Reuters reports.

Facebook made the announcement as part of its Q3 2015 earnings release, which pleased investors with some other big numbers: Facebook generated $4.5 billion in revenue in Q3 of 2015, compared to $3.2 billion during the same quarter a year ago. Facebook’s adjusted net income was $896 million during Q3, compared to $806 million a year ago.

Facebook’s continued growth is largely driven by mobile: 894 million people used Facebook on their phones every single day in September. Mobile daily actives are up 27 percent compared to last year.

Altogether, Facebook now has 1.55 billion monthly active users, with 1.39 billion of those checking the site with their mobile devices. And Facebook is getting a lot better at monetizing all those mobile eyeballs: 78 percent of Facebook’s ad revenue is for mobile ads. A year ago, just 66 percent of all ad revenue was generated on mobile. Read more here.