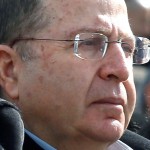 “We have a wave of terrorism that’s going to be with us for the coming days and probably the coming weeks, and we don’t know if it’s going to end anytime soon, or when,” Ya’alon told an audience at the annual Manufacturers Association of Israel conference in Eilat.

In addition to the indefinite timeline, Ya’alon warned against “taking shortcuts” to solve the spate in stabbings, car-rammings, and shootings of Israelis in cities around the country.

“There isn’t a solution to every problem,” said Ya’alon, according to The Marker. “Perhaps the Holy One Blessed be God has an answer to everything we don’t, we have to be humble. So we should avoid taking shortcuts to the solution. We need to talk about strengthening our interests. Our War of Independence hasn’t ended, there are those who don’t recognize our right to a Jewish home, neither the Palestinian leadership, but we don’t need to despair.”

Ya’alon said Israel must battle against these terrorists — mostly young Palestinian men and women — while safeguarding the economic cooperation between Israel and the Palestinians.

According to The Marker, he noted that Israel stopped handing out work permits to Palestinians after a resident of the West Bank village of Dura stabbed two Israeli worshipers to death at the Panorama building in south Tel Aviv.

Earlier this week, Israel started barring thousands of Palestinian workers from reaching their workplaces in Gush Etzion, a bloc of Israeli settlements between Jerusalem and Hebron, in light of the security situation.

Additionally, Israel announced more stringent monitoring of Palestinian vehicles traveling in the West Bank, after several Palestinian drivers were seen dropping off terrorists at crowded intersections manned by Israeli security forces and some using their cars to ram Israelis.

Twenty-two Israelis including three US citizens have been killed in the near-daily attacks committed by Palestinians since the beginning of October. Two Palestinian drivers rammed their cars into Israeli soldiers in the West Bank on Friday in two separate incidents.

The Palestinian Health Ministry announced on Friday that 100 Palestinians had been killed by Israeli security forces since the beginning of October. Israel says most of the dead have been terrorists who were shot in the middle of carrying out attacks or those involved in violent riots.