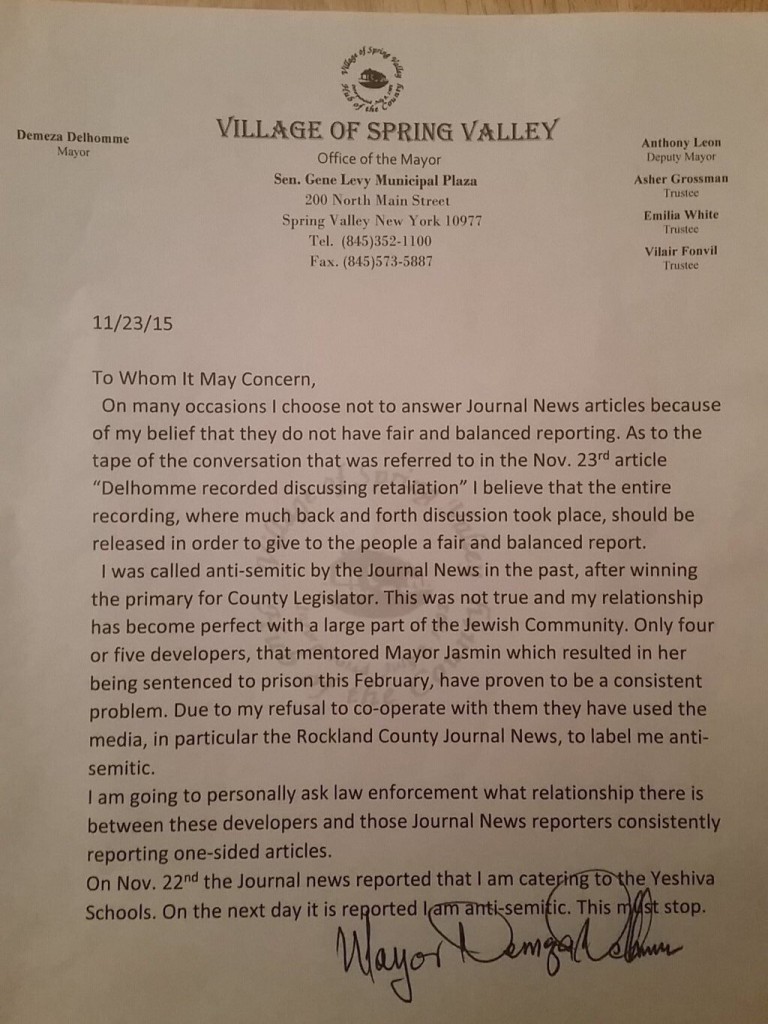 Yesterday, The Journal News ran an article about Spring Valley Mayor Demeza Delorme, claiming they had a secretly recorded conversation wherein the Mayor, “pledged to vote against all building permit applications by Jewish developers to retaliate against Jews for supporting political opponents.”

This afternoon, the Mayor issued a scathing letter saying there was more to the conversation than what the newspaper had quoted and that he wants the entire conversation released so comments could be heard in context.

He says his relationship with the Jewish community has improved drastically and that only a few bad apples (whom he accused of being the reason why a previous mayor is now sitting in jail for fraud) are the ones who are hounding him. He said he thinks there is collusion between the paper and the crooked real estate developers.