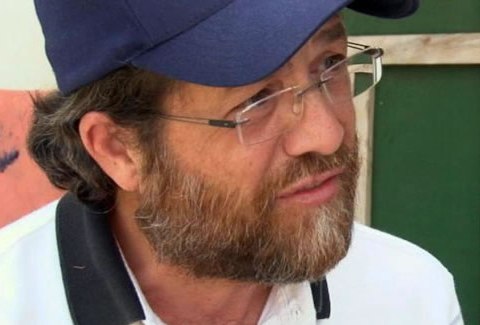 [Updates below.] Yanky Ostreicher, who was jailed in Bolivia for 30 months, is now free and arrived in the United States yesterday, according to various sources.

The sources indicate that Mr. Ostreicher escaped Bolivia via a third country, from where he made his way home to the United States.

Further details will be reported as they become available.

Yanky, an American small businessman, a father of five and grandfather of 11, was arrested in Bolivia and detained for at Santa Cruz’s Palmasola Prision, one of the toughest and strangest prisons in the world. Bolivian authorities accused him of money laundering while trying to salvage a rice-growing venture. He maintained his innocence since his arrest in June 2011. He was released a year ago and put under house arrest in the city of Santa Cruz after activist Sean Penn directly appealed to President Evo Morales to free him.

Update, 5:05 p.m. EST, Exclusive: Matzav.com spoke to an Ostreicher family member who confirmed that, boruch Hashem, Yanky is in the United States, though he has not yet arrived home. After having gone missing for a week and being kidnapped in Bolivia, ransom money was paid and Yanky was deposited in an undisclosed location on American shores. The family was informed of the good news just a few short hours ago.

It is one year almost to the day since Yanky was released from prison and two and half years since he was first incarcerated.

Update, 5:47 p.m. EST: In an email circulated to friends and supporters, Yanky’s nephew Moshe writes, “”With happiness, we are informing the community…that our dear uncle…has already left the iron curtain in Bolivia, and is now, with G-d’s great mercy, here in America.

Politicians who have reacted include Assemblyman Dov Hikind, who actively campaigned for his release. “With thanks to G-d, I am *thrilled* that Jacob Ostreicher is finally home in America!” tweeted Hikind.

Councilman David Greenfield said, “American Jews are celebrating the news that Jacob Ostreicher, who was falsely imprisoned since June 2011 in Bolivia, is now back home in NY.”