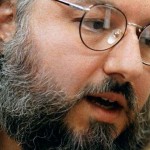 [Update below.] Jonathan Pollard, who has been incarcerated for 30 years, is expected to be released on parole, sources indicate to Matzav.com.

Pollard, born August 7, 1954, was a United States government employee who pleaded guilty in 1987 to selling classified information to Israel while working as a civilian intelligence analyst and was sentenced to life in prison. Because his offenses were committed prior to November 1987, he is eligible for parole as early as November 2015.

Pollard is the only American ever to receive a life sentence for passing classified information to an ally of the U.S. Israeli officials,

American and Israeli activist groups, and American politicians have all seen his punishment as unfair and have lobbied continuously for reduction or commutation of his sentence.

The Israeli government issued a formal apology to the U.S. for part of its role in Pollard’s espionage in 1987,but did not admit paying for the documents until 1998.

Since the arrest, Israel has made repeated attempts through both official and unofficial channels to secure Pollard’s release, but without success. Israel granted Pollard Israeli citizenship in 1995.

Pollard was born in Galveston, Texas, in 1954, to a Jewish family, the youngest of three siblings. In 1961, his family moved to South Bend, Indiana, where his father, an award-winning microbiologist, taught at Notre Dame.

Pollard was tried and convicted in November 1985, in what amounted to a less than fair trial. Pollard, who passed information to Israel, an openly declared ally and not an enemy state, received the same sentence as John Walker, Robert Hansson, and Aldrich Ames, all of whom notoriously betrayed their country by selling top U.S. secrets to the Soviet Union for money. Not only did they endangered U.S. security in the process, but claimed the lives of many U.S. agents.  The eagerness of then-Secretary of Defense Casper Weinberger to punish Pollard — a U.S. Navy intelligence analyst — was unprecedented in such cases.

Today, some 30 years into his imprisonment, Pollard’s health has deteriorated, and he is suffering kidney failure and gallbladder complications. Israeli Knesset member Uri Ariel (National Union), chairman of the Pollard lobby in the Knesset (Israel’s parliament), denounced Pollard’s treatment by U.S. authorities, declaring that, “Pollard’s imprisonment is a humanitarian disgrace.”  He then added, “I call on President Obama to release him immediately, not because he is not guilty, but because you can’t keep a sick and non-dangerous man imprisoned for so many years.”

The cruelty of the U.S. authorities toward Pollard is deliberate. Multiple requests to allow him to attend hisfather’s funeral were denied. His father, Professor Morris Pollard, a prominent U.S. researcher on viral diseases, died on June 18, 2011 at the age of 95.  Human rights champions were glaringly silent in the face of Washington’s lack of empathy in denying the request. Pollard was also denied the opportunity to bid farewell to his mother, when in December 2001 he was refused permission to attend her funeral. Pollard has also been denied conjugal visits with his wife, Esther. This sort of extremeness on the part of the U.S. authorities is unprecedented in the Western world.

Pollard has denied that he spied “against” the U.S. and claimed that he only provided Israel with information vital to its security, which was being deliberately withheld by the Pentagon. A 1983 Memorandum of Understanding between the U.S. and Israel ensured that such information would be transferred. Pollard provided information that dealt with Soviet arms shipments to Syria and Iraq, chemical weapons in these countries, as well as information about the Pakistani nuclear bomb project and Libya’s defense systems. None of this information could possibly have endangered U.S. security.

According to a 2006 interview with Rafael Eitan, Pollard’s alleged Israeli handler, “It is likely that [Israel] could have gotten the same information without him.” Eitan claimed that the information Pollard passed on might have made a difference had Israel been involved in another war. According to Eitan, a spy named Aldrich Ames, who betrayed American agents and contributed to their deaths, tried to implicate Pollard. Pollard, as Eitan charged, never exposed American agents.

Jonathan Pollard is the only person in the history of the United States to receive a life sentence for passing classified information to an American ally. Based on my first-hand knowledge, I can say with confidence that the severity of Pollard’s sentence is a result of an almost visceral dislike of Israel and the special place it occupies in our foreign policy on the part of my boss at the time, Secretary of Defense Caspar Weinberger. Secretary Weinberger submitted two affidavits to the court in order to convince the judge to give Pollard a harsher sentence than the one requested by the government, despite Pollard admitting guilt, plea bargaining and cooperating with the government. The government committed to not seeking a life sentence but due to the Weinberger Affidavits, the redacted version of which I have read, Mr. Pollard received a disproportionate life sentence. Secretary Weinberger omitted his crucial involvement in the Pollard case from his memoirs and when asked by the famed investigative journalist Edwin Black, about the omission, Weinberger indifferently responded, “Because it was, in a sense, a very minor matter, but made very important.” Asked to explain, Weinberger continued, “As I say, the Pollard matter was comparatively minor. It was made far bigger than its actual importance.” When asked why this was so, Weinberger replied “I don’t know why – it just was.” Mr. Pollard was not charged with harming America and has repeatedly expressed remorse for his actions. Furthermore, the average sentence for his offense is 2-4 years and today the maximum sentence is 10 years. Justice would best be served by commuting Pollard’s sentence to the time he has already spent in prison.

The double-standard applied in Pollard’s case smacks of nothing less than unadulterated anti-Semitism. Pollard was given a maximum sentence because he passed information to Israel, information that the U.S. as an ally, friend, and protector should have passed on to Israel anyway. Israel has never done the same to American or Israelis recruited by Washington to spy on Israel.

Washington used Pollard to punish Israel. For comparison, a former U.S. Navy sailor who provided secret information about planned ship movements to al-Qaeda received a maximum 10-year prison sentence. The former sailor, Hassan Abu-Jihaad, was convicted in 2008 of disclosing secrets on ship movements to potentially enable an attack similar to the one carried out against the USS Cole, which killed 17 U.S. sailors. Hassan Abu-Jihaad will be eligible for parole in six years while Pollard is rotting in prison, his life destroyed. Pollard will probably never have children, his family is gone, and his state of health is in shambles.

Pollard’s actions were illegal, but not treasonous, and his punishment should have reflected this difference. The information he passed on to the Israelis did not endanger American lives or damage American interests. He and his former wife, Anne, acted upon what they considered “the right thing to do.” They were not motivated by greed, and Pollard maintained all along that he loved his country. The U.S. government should demonstrate its humanitarianism by releasing Pollard immediately, and end its bullying of its most trusted ally in the Middle East — Israel — through the person of Jonathan Pollard.

A recent hearing focusing on the Pollard case determined that that Pollard’s release would not present any security risks to the US and he should thus be granted parole. Stay tuned.

Update: In further conversation with our sources, Matzav.com was told that the U.S. Justice Department would release Pollard only “later on this year.”

“The matter has not been finalized, but it is under serious consideration,” a source told us.

Because of the sensitive nature of the matter, “you won’t get any public statements at this time, or individuals willing to be named,” the source said.