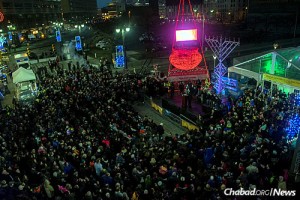 The Festival of Lights lived up to its name in downtown Detroit this year as more than 3,500 people gathered for the fifth annual “Menorah in the D” celebration in Cadillac Square—one that had a “power”-ful new twist this year.

The menorah got its light source from a solar power system developed for the holiday of Sukkot by Rabbi Yisrael Pinson, who serves as co-director of Chabad of Greater Downtown Detroit with his wife, Devorah Leah. The idea was brought to fruition by 35-year-old Phreddy Wischusen, who works part-time at Chabad and studies with Rabbi Pinson; and system designer Brandon Knight, 32, co-founder of Distributed Power, a Detroit-based company that specializes in green enterprises.

The giant menorah had the capacity to be lit by fire or by electricity.

On the first night of Chanukah, the menorah was ignited by Michigan Supreme Court Justice Richard Bernstein, who is blind, assisted by Rabbi Kasriel Shemtov, director of The Shul in West Bloomfield, Mich. Also present was Detroit Mayor Mike Duggan. Michigan Gov. Rick Snyder sent a representative from his office and a video sending Chanukah greetings to the metropolitan Detroit Jewish community.

The dignitaries and Jewish leaders were carried to the top of the 26-foot-tall steel-and-glass menorah, designed by local artists Erik and Israel Nordin of the Detroit Design Center, by a mechanical lift.

Other than the first night, the menorah went solar. 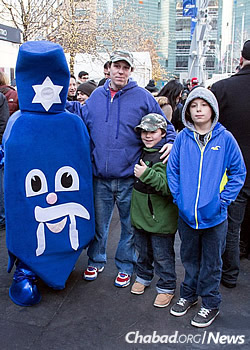 A heated tent provided a warm space for Chanukah crafts, face-painting, clowns, a magic show and displays by the Michigan Science Center. A sectioned-off area within the tent served as a quiet sensory station where children with special needs could hunt for hidden objects in a sand table, play in a ball pit or use noise-blocking headphones while their parents relaxed nearby on specially designated sofas. More adventurous attendees took turns whizzing across Cadillac Square on a 300-foot zip line by Rocket Fiber.
The festivities continued after the menorah-lighting with fire jugglers, dancing dreidels, a live performance by local musician Avi Schreiber and DJ services by Phreddy Wischusen. 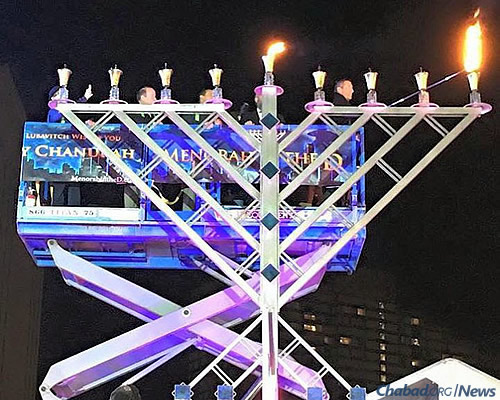 The lighting of the menorah: Detroit Mayor Mike Duggan is second from left. Michigan Supreme Court Justice Richard Bernstein ignites the first candle by a fire torch. To his left is Rabbi Kasriel Shemtov, director of The Shul in West Bloomfield, Mich. 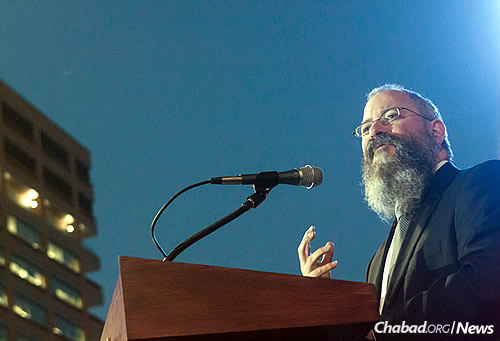 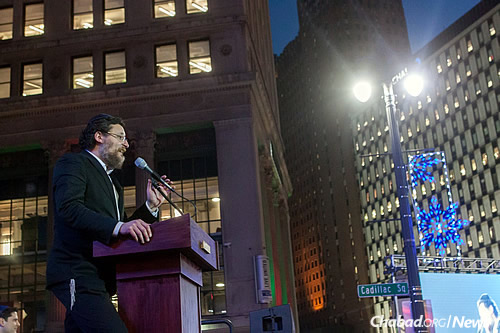 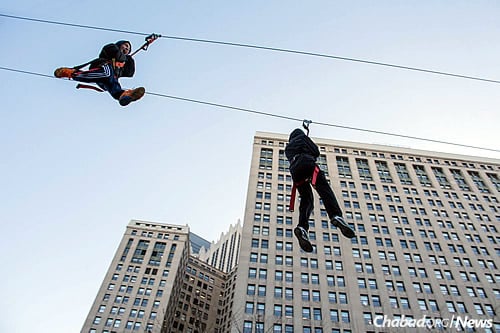 Kids and other attendees of the downtown Chanukah event last Sunday ride on the 300-foot zip line. 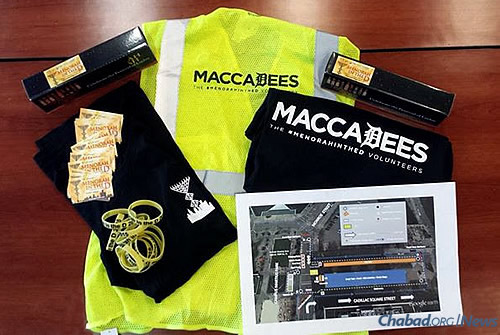