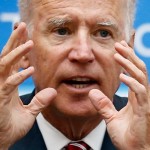 Vice President Joe Biden and other leading Democrats in Congress may skip Israeli Prime Minister Binyomin  Netanyahu’s address to Congress next month amid growing tension between Netanyahu and the White House.

According to a report in Politico, Biden, who also serves as president of the U.S. Senate, has not yet committed to attending Netanyahu’s speech on March 3, while dozens of Congressional Democrats are also privately threatening to skip the address.

“Democrats have had to balance publicly supporting Israel with backing Obama, who’s trying to close a deal with Iran to curb its nuclear programs over vehement opposition from Netanyahu,” Politico reported.

The White House has not told Democratic members of Congress to skip the address, but also isn’t encouraging them to go.

“We defer to Democratic members if they’d like to attend or not,” a White House aide said Tuesday.

Netanyahu was invited by Speaker of the House of Representatives John Boehner (R-Ohio) to address a joint session of Congress about the threat of a nuclear Iran and radical Islam. The move set off controversy with the Obama administration, which said it was not consulted on the invitation and has argued that the address would hurt the West’s chances to forge a deal with Iran over its nuclear program. The speech was initially scheduled for Feb.11, but was moved to March 3 to accommodate Netanyahu’s address to the American Israel Public Affairs Committee (AIPAC) convention.