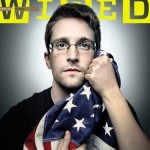 In a blockbuster interview with WIRED, Edward Snowden says that the National Security Agency has a secret, autonomous program called “Monstermind” that can conduct and respond to cyberattacks without human intervention.

The program also launches its attacks through third-party computers in foreign countries, which is dangerous for U.S. diplomatic efforts says Snowden.

“These attacks can be spoofed,” Snowden said. “You could have someone sitting in China, for example, making it appear that one of these attacks is originating in Russia. And then we end up shooting back at a Russian hospital. What happens next?”

Snowden also says he has not even read all of the documents he took from the NSA, so there will be more revelations. He also says he volunteered for prison, that the NSA has not cleaned up its act, and that an accident knocked Syria off the Internet. Read more at WIRED.