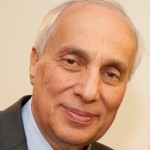 Two more women “ordained” as rabbis this week will be called “rabba,” the term fabricated by Open Orthodox leader Avi Weiss as a female form of “rabbi.”

Rachel Berkovits and Dr. Meesh Hammer-Kossoy will be joining the only woman who had the title until now, Sara Hurwitz, who is on the staff of Avi Weiss’ Hebrew Institute of Riverdale in New York.

Berkovits and Hammer-Kossoy received “semichah” this week from Rabbi Professor Daniel Sperber and Rabbi Herzl Hefter, founding head of the Har’el center, which has a co-ed semichah program.

Six other women will receive semichah at Yeshivat Maharat in New York on Sunday, but they won’t be called “rabbas.”

The gedolei hador across the spectrum have long said that semichah is not to be granted to women. Avi Weiss and his cohorts at Yeshivat Chovevei Torah and Yeshivat Maharat have ignored the directives of the leading gedolim for years. And their actions have taken place with almost no protest from within the frum community. Other than the American Yated Ne’eman newspaper in print and the Matzav.com news website online – which have both regularly highlighted the activities of YCT, Yeshivat Maharat, Avi Weiss and others –  the frum world has been asleep at the wheel as Weiss and others wreak havoc with the long-held traditions of Orthodox Judaism. There is virtually no word of protest from organizations or individuals.

The “rabba” debacle began in 2009 when Hurwitz was ordained by Avi Weiss, who, at the time, was weakly condemned by some, including the Chief Rabbinate in Israel, which threatened to stop recognizing his conversions to Judaism. Weiss ignored it all and continued to ordain women. Over the last four years, to change things up, Weiss has given the title of “maharat” rather than “rabba.”

Weiss engages in semantics when applying these names. In truth, none of it matters when he is essentially granting the women semichah.

Every year, Yeshivat Maharat in Manhattan ordains its graduates as maharats, but this year’s six graduates have opted for the title rabba. Three of the six– Dr. Anat Sharbat, Avital Engelberg and Yaffa Epstein – are Israelis.