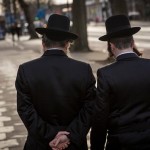 The number of anti-Semitic and anti-Muslim hate crimes has significantly increased in London over the last year, according to figures released this week by the Metropolitan Police, JNS reports.

In 2015, there were 483 anti-Semitic documented hate crimes, an increase of 38% from 2014. Anti-Muslim hate crimes, described by London police as “Islamophobic crimes,” had the same percentage increase from 818 incidents this year to 499 in 2014.

The Police told the Jewish News of London that they will “continue to speak regularly with local synagogues, and also work closely with organisations representing different faiths regarding hate crime issues, such as the Community Security Trust [CST] for anti-Semitic hate crime.”