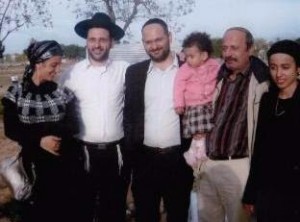 Leorah and I would like to dedicate this Nachas Gram L’ilui Nishmas our dear mother, Chana bat Yosef. Although she was Nifter when we were just 7 and 5 years old respectively, we know that she has been advocating for us up above ever since and has been rooting for us as we took each small step in becoming closer to Hashem and keeping his Mitzvot.

Babushka, our beloved paternal grandmother, moved in with us so she could assist Father in raising us and eventually joined us in making Aliya a few years later. When we first arrived in Eretz Yisrael, we attended public school and struggled to adjust. When Father learned of a school catering to Russian students, Shuvu Hadera, he promptly enrolled us.

Father had no idea that Shuvu was a Kiruv school and was far from happy when we started requesting to keep Kosher and Shabbat. Baruch Hashem, Leorah and I were usually on the same page and were in cahoots with each other. Babushka was on our team as well. She remembered her family keeping many Mitzvot and was excited to see us doing the same. Before long, Father’s approach became that as long as we did not make him get involved whatsoever, we were allowed to do as we pleased. 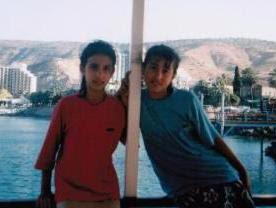 By the time we reached high school, we were ready to go to Beit Yaakov. Our Shuvu Hadera principal, Mrs. Yoni Cohen, accompanied each of us on our first day of school as if we were her own child. She along with our teachers had guided us and helped convince Father to send us to Beit Yaakov Zichron Yaakov. From there we each attended Ofakim Seminary and married boys who learn in the Ofakim Kollel. Leorah just made a bris for her fifth child last Friday and I have 3 children as well.

A short while before Babushka was Nifter, she had been very ill. Father was devastated and we could do little to cheer him up. We kept telling him that we were Davening for her and reminding him that Hashem can do miracles. With Hashem’s help, we indeed saw her recover. That miracle, coupled with Father’s pride in us and each of our families, caused him to mellow significantly and he was persuaded to start keeping Mitzvot.

Recently, Father remarried a wonderful woman, Bella Abromov, who is Shomer Torah U’Mitzvot. Her son, Yosef, also attended Shuvu Hadera and took her along on his journey to becoming religious. Yosef is currently in the IDF and is a source of spiritual strength to all those around him. Our children love spending Shabbat with Father and Bella in their beautiful home in Pardes Chana. It is a most rewarding feeling to be keeping Shabbat and the Chagim as a family unit with everyone on board!