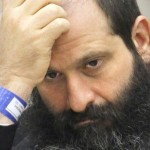 Fueled by new revelations in the Rubashkin case, a Recusal Motion filed last week by Sholom Rubashkin’s attorneys asks Chief Judge Linda Reade to disqualify herself from the pending 2255 Motion filed in October. The latest legal bid rests on new disclosures that Judge Reade violated the defendant’s right to due process of law by withholding important information from his attorneys before his sentencing.

To briefly recap, the 2255 Motion alleged this same ethical and legal failure on the part of thegovernment. Withholding information which was the prosecutors’ duty to give Sholom Rubashkin – material that might have significantly affected his sentence – turned the conviction and sentencing into a travesty of justice.

The 2255 Motion sought on multiple grounds to have the trial vacated or at the minimum, to have the outrageous 27-year jail term set aside or corrected.

It presented an array of documents and sworn affidavits that uncovered government strategies to block the sale of Agriprocessors while it was still generating up to $300 million in revenue annually.

Facts in the record show that Murphy, Deegan and other officials of the USAO (U.S. Attorney’s Office) hampered the trustee’s efforts to re-sell the plant and to keep it operating so that it could continue to generate revenue to repay the company’s debts. At the time of bankruptcy, Agriprocessors was worth over $80 million.

“Mr. Rubashkin’s right to due process of law under the Fifth Amendment was violated when the government failed to disclose exculpatory information concerning actions it took to intimidate the Agriprocessor’s bankruptcy trustee and prospective buyers…. and when the government presented misleading testimony concerning this issue at Sentencing,” the 2255 Motion stated.

The prosecutors’ “forceful intervention quashed interest of prospective buyers, increasing the loss attributable to Mr. Rubashkin by potentially many millions of dollars,” the brief said. Read more at Yated Ne’eman.