An attorney running for the DA position in Rockland County announced his campaign by releasing a 2-page tirade where he writes  “the most significant problem facing the County [is] the insularity and exponential growth of the Hasidic community.”

Mike Diederich, a civil rights lawyer and a former Lieutenant Colonel in US Army, released a statement to the Haverstraw Democratic Committee where he calls the Chassidishe system and “intellectual cage” and called the Chassidshe leadership an “abusive organization.”

Read the full letter below: 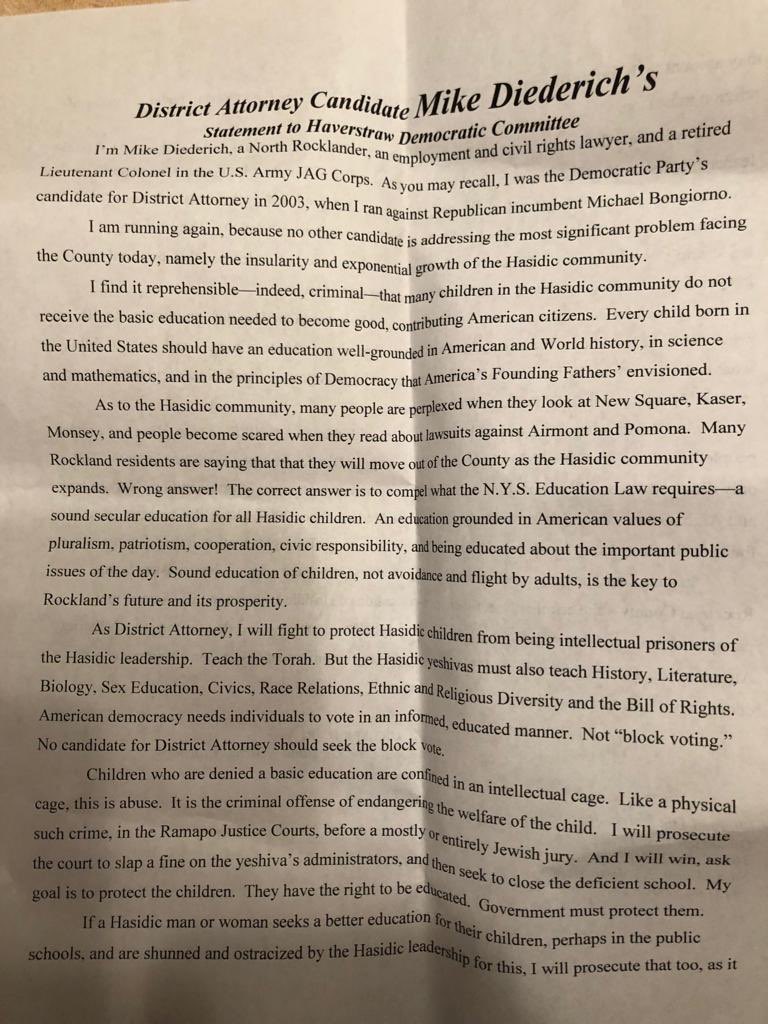 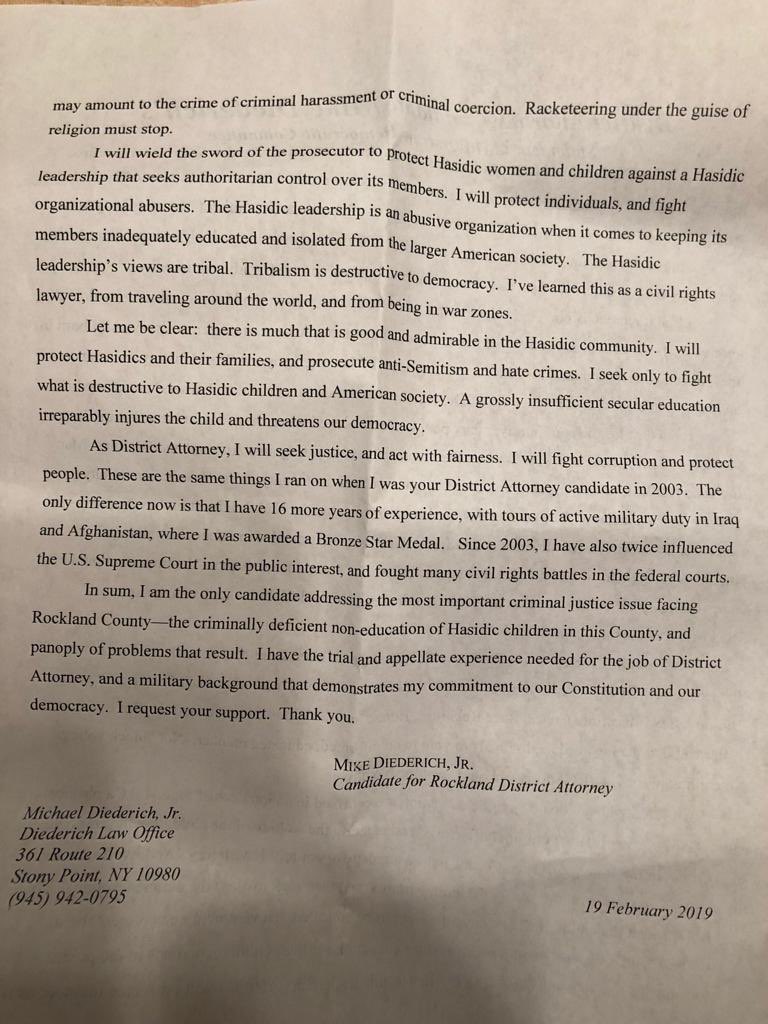