By Chabad of Towson

The story that you are about to read is unprecedented. At no time in America has a US court ordered a Jewish community center or synagogue demolished—until now.

A court in Baltimore County, Maryland, is trying to do just that. The court has ordered that the Chabad Center of Towson be bulldozed. It’s time for us to stand up. We cannot let this heartless injustice occur. Not now. Not ever.

The Story of Chabad on Campus is a story of a house that becomes a home. In every Chabad house, this story of mesiras nefesh (self-sacrifice) and ahavas yisroel (love for a fellow Jew) comes to life. It is a story that repeats itself in hundreds of universities around the world. Far from home both spiritually and physically and searching for warmth and belonging, assimilated and disengaged Jewish students, are welcomed into the open homes of the campus Rabbis and their families. These homes become their home, these families become their family, and these experiences lead a wary Jew to discover a newfound beauty in and a love for Judaism.

In Towson, Maryland this story began in 2008 when a young couple, Rabbi Mendy and Sheiny Rivkin, moved to a house on 14 Aighburth Rd. The Rivkins saw the empty rooms and bare walls as an edifice of future glory; a house that could surely turn around the lives of those around them. Sure enough, this house became home to thousands of Jewish students at Towson University. With Friday night dinners, social BBQs, Yeshiva night, Sinai Scholars, and Challah bakes, this home is bustling—bursting!—with Jewish life on campus.

With time, the house was outdoing itself in its capacity to hold so much. In desperate need of additional space, both for their family and for their extended family of Jewish students, plans were drawn and funds were raised to expand this incredible house of kindness. Rabbi and Mrs. Rivkin worked closely with the local council and with neighbors. Plans were tweaked and public hearings were attended to ensure that everything and everyone was toeing the line. Chabad went above and beyond the legal requirements in order to make certain that everyone was satisfied.

But unfortunately, our history has shown that, tragically for some, satisfaction is not possible when there is a Jewish presence. As construction progressed on the new Chabad House, a neighbors’ association focused their efforts on preventing Jewish students from having a home on Aighburth Rd. Not having any legal recourse, the neighbors and their attorneys, seemingly fueled by prejudice, combed through old documents until a covenant that neither side had been aware of was unearthed. It stated that the house on 14 Aighburth Rd. had to be set back 115 feet from the street.

The neighbors and their attorneys brought the offending documents to court and demanded that the judge issue a stop work order on Chabad’s construction. The judge refused, arguing that no irreparable harm would be caused to the neighbors through this construction. Chabad’s legal counsel, too, advised that construction move forward, as in cases such as these, the worst-case scenario is a financial settlement that is mediated between the parties.

When the matter did finally come to court, the judge ruled against Chabad, citing $17,000 of damage to the property value of the neighbor. Shockingly, the judge then said that the entire $1,000,000 building must be torn down to compensate for the $17,000 damage! To make matters even worse, Chabad’s request to spend $250,000 to move the building back 62 feet in order to comply with the covenant was also refused. To quote the neighbor, “Though moving the building would technically satisfy setback requirements, only tearing it down entirely would solve all its legal issues.”

All its issues? To which issues does she refer? Is it an issue to invite Jewish students to eat Shabbat dinner in your private home? Is it illegal for Jews to live and thrive in Towson, Maryland? Is it an issue to spread light, love and kindness?

80 years after Kristallnacht, a Rabbi’s home and a home for Jewish students is slated for destruction. For a ruling like this to be administered in the 21st century, in modern times, is horrific and chilling. Legal discrimination is still discrimination and must be opposed.

We hope that the Jewish world and all people of good conscience will come together and protest to prevent this terrible destruction from taking place. America is better than this.

Learn more about this story and support the efforts to fight this travesty, here: www.towsoncrisis.com 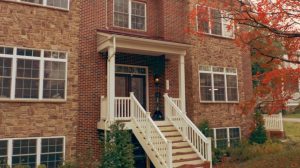 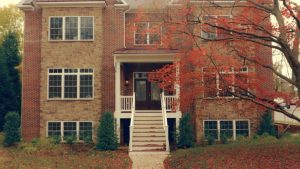 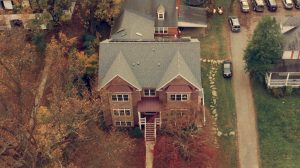 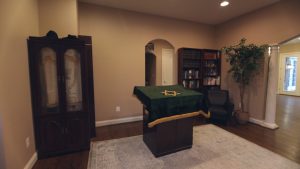 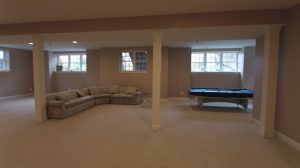 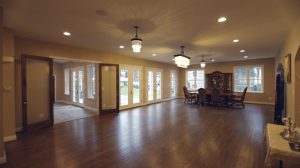