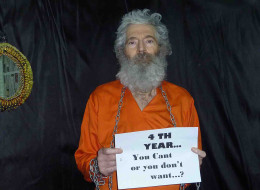 In March 2007, retired FBI agent Robert Levinson flew to Kish Island, an Iranian resort awash with tourists, smugglers and organized crime figures. Days later, after an arranged meeting with an admitted killer, he checked out of his hotel, slipped into a taxi and vanished. For years, the U.S. has publicly described him as a private citizen who traveled to the tiny Persian Gulf island on private business.

But that was just a cover story. An Associated Press investigation reveals that Levinson was working for the CIA. In an extraordinary breach of the most basic CIA rules, a team of analysts – with no authority to run spy operations – paid Levinson to gather intelligence from some of the world’s darkest corners. He vanished while investigating the Iranian government for the U.S. Read more here.