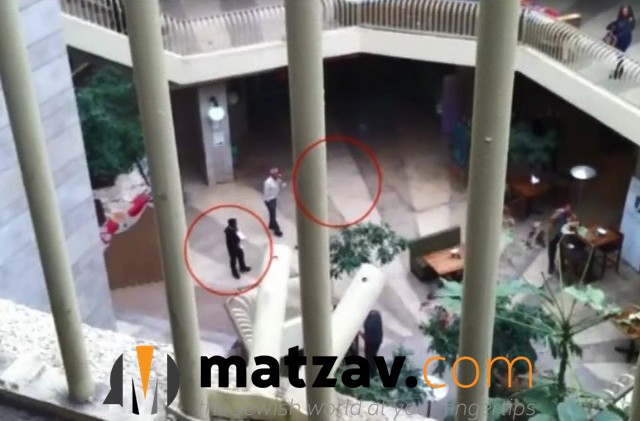 School principals in the Yerushalayim District were shocked to learn that an official Israeli Education Ministry ceremony held Tuesday to distribute citations of merit was held at a missionary center in the heart of the capital.

The story began when one of the principals who received his invitation to the event was suspicious about its location – the “Pavilion” hall – and asked Yad L’Achim to investigate whether it had any connection to Christian groups. Yad L’Achim knows the Pavilion Hall well, as a missionary center belonging to the King of Kings Congregation. Indeed, the counter-missionary organization dispatches its activists to the site every week to warn those entering the hall of its true nature. Yad L’Achim informed the principal that it would take measures to get the event switched to another venue.

Yad L’Achim quickly turned to Mr. Meir Shimoni, head of the Education Ministry’s Jerusalem District, with an urgent appeal. It stressed that not only was it against Halachah for Jews to enter a church, but holding a state event at the Pavilion would be interpreted as the government giving its stamp of approval to the missionaries, which would be used by them to their advantage.

Regrettably, Yad L’Achim’s appeal fell on deaf ears. Shimoni’s office said that the event had been outsourced to a conference organizer and that the Education Ministry could not cancel a contract that had been signed on its behalf. Yad L’Achim countered that economic considerations were irrelevant when it comes to such matters and that the district must withdraw from the contract even if meant having to rent out a new location.

Astonishingly, the conference was held Tuesday at the missionary church of the King of Kings Congregation at the Mercaz Klal building. It was attended by Shimoni, among others.

Yad L’Achim activists who arrived early to distribute informational material were stunned to see dozens of religious principals innocently arriving for the event. Once they heard from the activists as to the nature of the place, many turned around in fury and announced that they would file a complaint with the Education Ministry.