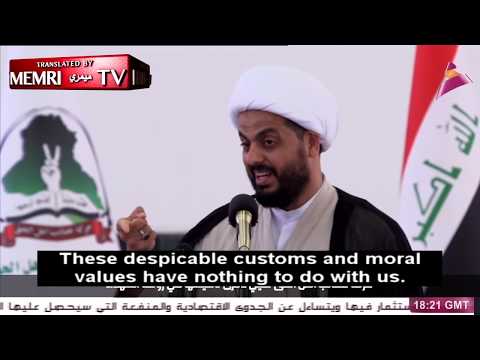 He asserted that the victory against ISIS is almost entirely complete and that one of the goals of the war against ISIS had been to stand up to the “Zionist plan that wanted to divide Iraq and the countries of the region.”

Khazali then said that the real goal of the Zionist-America-Saudi plan is to conquer Iraq, and that there is a “greater battle” yet to be fought.