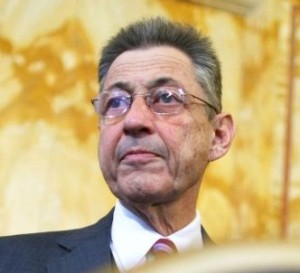 Former New York Assembly Speaker Sheldon Silver was found guilty on all seven counts in his corruption trial on Monday.

Silver, 71, a Democrat who served more than two decades as the Assembly speaker before he was forced to resign after his arrest in January, will automatically forfeit the Assembly seat to which he was first elected nearly 40 years ago.

The jury’s verdict came in the fifth week of Mr. Silver’s trial in Federal District Court in Manhattan, in which he faced seven counts of honest services fraud, extortion and money laundering. He was convicted on all counts. Read more at The New York Times.