An array of mainstream pro-Israel voices are expressing concern about a headline over a New York Times web article about a terrorist attack.

Israel’s consul general in New York, Dani Dayan, flagged the Times headline, “Israel Says Palestinian Killed 2 Israelis In West Bank Attack.” Dayan tweeted a screenshot of the headline and a photograph of the attack’s aftermath as seen on the Times website, with a quote: “Israel says.” His point was unmistakable — it was weird of the Times to portray the attack as an Israeli claim rather than as something that actually happened. 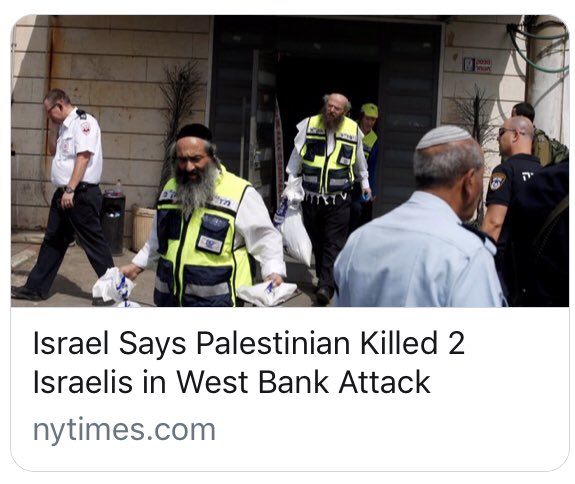 Stephen Flatow, the father of a daughter who was killed in a terrorist attack, remarked, “From the department of ‘I can’t believe what I see.’”

The criticism appears to have found a receptive audience inside the Times. By the time the news finally made its way into the print newspaper, the headline was changed to a more reasonable, “Palestinian Kills 2 Israelis In Shooting in West Bank.”

That article also finally found room for a paragraph mentioning, “Last month, a Palestinian teenager fatally stabbed Ari Fuld, a resident of the West Bank settlement of Efrat, at the Gush Etzion shopping center. Mr. Fuld, who was well known for his pro-Israel advocacy, was hailed as a hero by many Israelis for possibly helping to save other lives after security cameras showed him chasing and shooting at his assailant after being stabbed in the back.”

The Times had originally found news of Fuld’s murder not fit to print, then purged mention of it from the Times website.