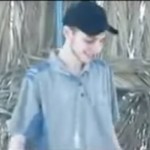 The family of Gilad Shalit issued a statement on Sunday night, hours after Hamas published a video showing the kidnapped soldier participating in a barbecue with his captors in Gaza, Arutz Sheva reports.

“The miscreants who were the captors of the soldier Gilad Shalit are using all means to present a distorted picture,” the Shalit family said.

The family added that the video “does not reflect in any way five and a half years of captivity, loneliness and a daily fear in the struggle for survival.”

The footage of Shalit roasting a chicken came four days after Hamas posted a photograph of Shalit smiling behind one of his captors, Hamas terrorist Abed a-Rahman al-Mubasar. The shirt Shalit is wearing in both the video and the photograph is the same as the one he wore when he returned to Israel, leading to assessments that all the events may have in fact occurred on the day of his release, or at the least on the same day.