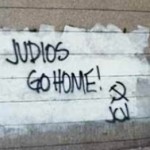 The U.S. is urging the European Union to adopt a working definition of antisemitism, similar to the one used by the State Department, a senior State official said in a conference call with Jerusalem U this week.

Defining antisemitism is “an important tool” for combating the rising antisemitic trend in Europe, where — the official, who was not speaking on the record, warned — several smaller Jewish communities, which have existed for 500 to 2,400 years, are on the verge of extinction.

The State Department definition of antisemitism includes certain attitudes toward Israel. In what are commonly referred to as the “3 Ds,” a phrase coined by Jewish Agency Chairman Natan Sharansky, the definition says that demonization, delegitmization and holding Israel to a double standard all constitute antisemitism.

The senior official noted that Europe needed to make a distinction between legitimate criticism of Israel and when criticism may function as antisemitism.

Additionally, the State official lauded U.S. officials, clergy and community leaders for continuing to ensure that the price of antisemitism in public remains high. He noted that while the U.S. does not have laws prohibiting hate speech on the books, this system of shaming has ensured society-based punishment for antisemites. Part of this, he explained, comes from the awareness of what antisemitism is, which is bolstered by the U.S.’s working definition.

Interestingly, although the State definition is applicable in the U.S., the official noted his agency could do little to guarantee that states and public agencies also adopt the definition. For example, the University of California has struggled this year to pass a resolution condemning antisemitism, because some activists and interested parties want the U.C.s to take the State Department line in distinguishing certain criticisms of Israel as antisemitism, whereas others argue that including Israel in any definition of antisemitism is tantamount to stifling political debate.