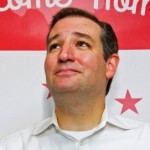 Bronx officials fired back today after Sen. Ted Cruz took a swipe at the borough during a speech to a conservative group. Cruz, a Texas Republican, drew the ire of some New York politicians following his comments last night at a rally for Americans for Prosperity.

Cruz said he felt he has been lectured by Sen. Charles Schumer, D-N.Y., on border security.

“I understand that Manhattan is very concerned with their security with the Bronx,” Cruz said to laughter. “But it’s a little bit different on 2,000 miles of the Rio Grande.”

New York City Council Speaker Melissa Mark-Viverito, who represents voters in Manhattan and the Bronx, called Cruz’s remarks outdated, invoking the the borough’s high-crime past, with what’s happening in the Bronx.

“It’s unfortunate that we have elected officials in high-ranking positions that continue to pander lies and misinformation as a way of trying to peddle their ideas,” Mark-Viverito told Smith.

She said the crime rate in the Bronx is lower than in many cities in Texas.