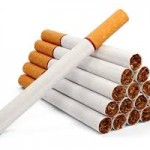 The news is not good for those who don’t buy cigarettes by the box or case, but prefer to buy them one at a time, often from small display cases in stores or elsewhere. The Knesset’s Constitution, Law and Justice Committee this week approved the application of Ministers of Justice and Finance to establish new administrative penalties for the sale of single cigarettes, making the seller pay a fine of NIS 4,000.

Health Ministry representatives told the committee that the office wishes to combat the phenomenon of the sale of cigarettes individually or in small packets through the imposition of fines.

The phenomenon of selling isolated cigarettes exists primarily for youngsters and young adults, who prefer to buy them one at a time due to the high prices of cigarette packs.

MK Uri Maklev of United Torah Judaism expressed his objection. “We need common sense in raising the fines,” he said. “There is no proportionality here.”