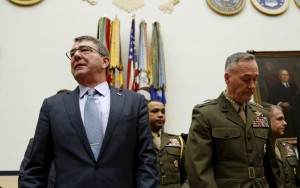 While not revealing the actual size of the force deployed, Carter said the “specialized expeditionary targeting force” will advise the Iraqi military and Kurdish militias.

In addition to training Iraqi forces over the last 16 months, the military has deployed special ops forces to Kurdish-controlled territory in Syria to aid the fight against ISIS there as well. Read more at The Los Angeles Times.