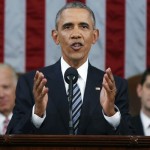 The Supreme Court will decide the fate of President Obama’s immigration executive action. Lower courts have blocked the progam, which was announced in late 2014.

The Obama order would allow millions to remain in the country legally and apply for programs that would lead to work and benefits, and would affect the nearly 5 million undocumented immigrants in the United States.

The case is expected to be argued in April and decided by late June, setting up a potentially explosive election-year issue. Read more.