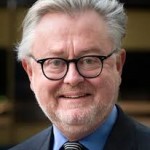 Speaking in a 2013 panel, Prof. William Schabas, who has been tapped to head the United Nations’ investigation into Operation Protective Edge, clearly revealed his great eagerness to bring about the prosecution of Israel over its actions in Gaza, even if that involved “twisting things and maneuvering” in the international legal arena.

He said that it is his “profound belief, that international law can be used to demonstrate and underscore the violations committed by the state of Israel, and moreover can be used to hold accountable individuals who have perpetrated international crimes against the people of Palestine.”

Asked about various possible tools for prosecuting Israel, he said: “I would have been inclined to talk about crimes against humanity, war crimes, and the crime of aggression, all of which I think can be shown have been perpetrated at various times during the history of the state of Israel. These are all crimes that have become increasingly robust in their definition in recent decades and for which we now have international institutions capable of prosecuting the crimes.”

Schabas urged prosecution of Israel in the International Criminal Court and said that a the court made “a policy error” in failing to take up the issue.