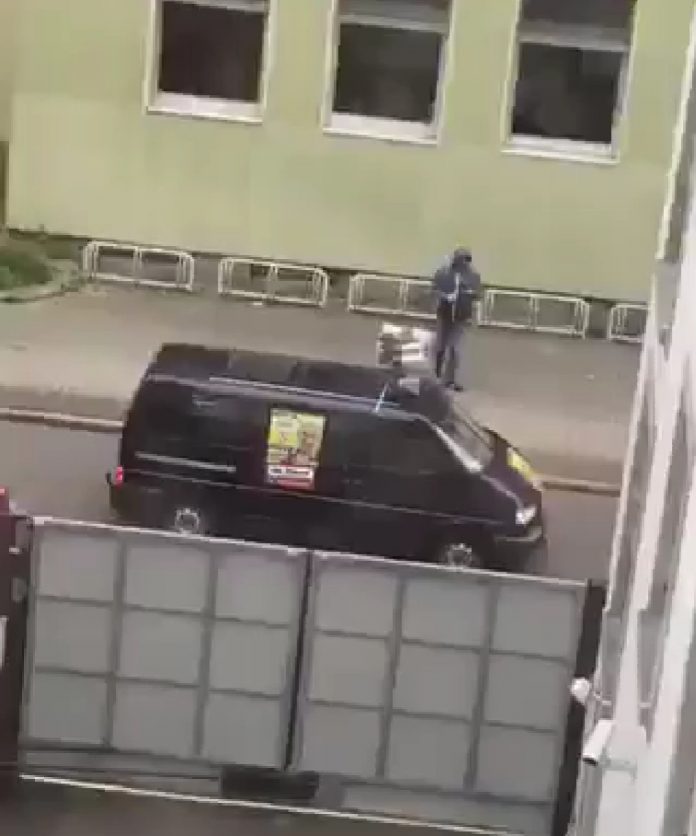 A van belonging to neo-Nazis from the Die Rechte party in Germany parked near the city’s shul and called on those inside to “leave Germany return to Israel,” BELAAZ reports.
Germany, along with most European countries, has seen a sharp rise in antisemetism in recent years. In a recent attempts to rectify the growing problem, Chancellor Merkel designated the BDS movement to be antisemitic, a move which angered many of Germany’s anti Israel activists.