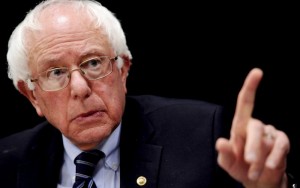 The Democratic National Committee relented on Friday night, allowing the Bernie Sanders presidential campaign to once again access its voter data after the Sanders camp on Friday afternoon filed a lawsuit against the DNC.

The committee’s decision came close to midnight, when a federal judge was supposed to hear an emergency injunction filed by the Sanders campaign.