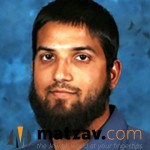 The regulars did not take it seriously when Enrique Marquez mused about terrorism at Morgan’s Tavern, a dank dive bar where he hauled ice, cleaned bathrooms and checked IDs at the door. After a few drinks, he would just start talking – about his money woes, trying to lose weight, wanting to join the Navy. News reports about terror were just fodder for more bar talk.

“He would say stuff like: ‘There’s so much going on. There’s so many sleeper cells, so many people just waiting. When it happens, it’s going to be big. Watch,’” said Nick Rodriguez, a frequent patron who had known Mr. Marquez on and off for the past two years. “We took it as a joke. When you look at the kid and talk to him, no one would take him seriously about that.”

But nine days after a husband and wife gunned down 14 people at a county health department meeting, Mr. Marquez, 24, a childhood friend of the husband, Syed Rizwan Farook, has become a crucial if unlikely figure in the investigation of the attack — which was just the kind he would discuss when terrorism news reports flashed onto the tavern’s television.

Officials have discovered a potential link between the attackers and Islamic extremism.

While he initially checked himself into a mental-health facility after the Dec. 2 massacre in San Bernardino, he has been speaking for hours with federal investigators after waiving his right to remain silent and not incriminate himself, officials say.

Federal investigators believe that more than any other witness, Mr. Marquez, a convert to Islam, has “held the keys” to understanding what motivated Mr. Farook and his wife, Tashfeen Malik, and may shed light on whom they were in contact with in the years leading up to the attack, according to one senior law enforcement official. The couple were killed in a shootout with the police.