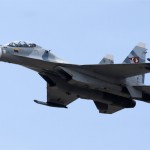 Despite the contradicting reports and the general ambiguity as to the level of cooperation between Moscow and Jerusalem in their activity in Syria, Russian General Andrey Kartapolov claimed Tuesday evening that the two countries are operating in coordination.

In an interview with the Russian news agency Interfax, Kartapolov stated that the two countries were consistently updating one another with regards to their activity in Syrian airspace.

Last week, it was reported that Russian aircrafts attacked rebel targets in the Syrian Golan Heights near the border with Israel. Iranian analysts then claimed that the objective of the attack was to send a clear message that Russia had no agreements with Israel with regards to operations in the Syrian airspace.

During the weekend, sources from the Syrian opposition claimed that Israel attacked Syrian Army and Hezbollah targets in the area of the Qalamun Mountains, in what was allegedly its first attack in Syria since Russia began operating in the country. According to the report, no one was injured in the attack.

At the backdrop of the contradicting statements from the US and Russia as to Moscow’s military involvement in Syria, a senior level Russian official claimed that the two countries’ air forces conducted a joint military exercise in the country. The US stated in response that this was not a joint exercise, but rather a test of safety protocols agreed upon by the two countries last month.

According to the Russian Defense Ministry, Russia has attacked 2,084 targets in Syria since the beginning of its military intervention in the country. Last week, a human rights organization that monitors the situation in Syria reported that around 600 people were killed in Russian Army attacks in Syria, a third of which were civilians.