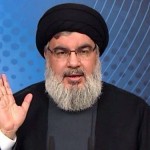 “We are strategic allies in the Middle East right now—the Russians are our allies and give us weapons,” one Hezbollah commander was quoted as saying.

The commander said Russian airstrikes have changed the situation on the ground in Syria in recent months. As an ally of Syrian President Bashar al-Assad’s regime, Hezbollah has sent many fighters to Syria to battle rebel groups in the civil war raging there since 2011.

“The intervention of the Russians made it much easier,” the Hezbollah commander said, adding that Russia relies on Hezbollah for intelligence and target selection.

A different Hezbollah commander said Russia has not imposed any restrictions on how Hezbollah can use Russian weapons. This means the arms could be used against Israel.

“When it comes to Israel, Hezbollah doesn’t take directions from anyone,” he said.