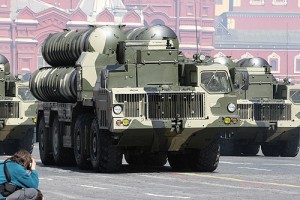 Russia announced on Monday that it has agreed to push forward on the sale and delivery of the advanced S-300 missile systems to Iran.

“The deal to supply the S-300 to Iran has not only been signed between the parties but it has already come into force,” said Sergei Chemezov, head of Russia’s Rostec arms firm, at the Dubai Airshow-2015, the BBC reported.

Russia said that the first batch of missiles could potentially be delivered 18 months after Iran specifies what type of S-300 missile it wants.

The S-300 surface-to-air-missile was initially developed under the Soviet Union, and its newer variants are regarded as the most potent anti-aircraft missile systems in the world.

The United States, Israel, and Saudi Arabia have all opposed the sale of the S-300 system to Iran. Israel and the U.S. fear that the missile defense system could make it more difficult to use the military option against Iran’s nuclear program.