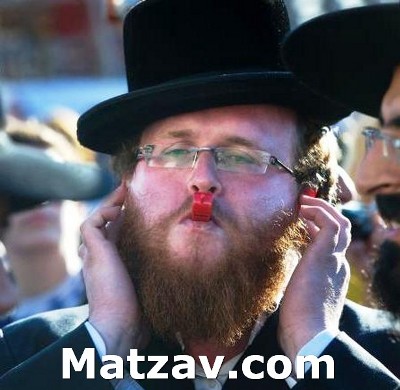 Today, the second day of Rosh Chodesh Elul, hundreds of G-d-fearing Yidden gathered at the Kosel to prevent the rabble-rousing Women of the Wall (WoW) group from holding its monthly “prayer service” at the Kosel.

About 200 WoW rabble rousers were forced to gather in a different area of the Kosel Plaza because the ezras noshim at the Kosel was too packed.

Several hundred of the Yidden at the Kosel sang, and davened, and even blew whistles to make it clear that the continued provocation by the radical WoW group would not be tolerated.

No arrests were made by Yerushalayim police, who stood nearby.

The WoW provocateurs, who wore talleisim and even blew shofars as they held their service, were escorted by police from the entrance of the Kosel to the plaza area and were then surrounded by a barricade.

Three months ago, the Yerushalayim District Court handed down a ruling stating that women are permitted to wear talleisim and pray according to their own customs at the Kosel. That has previously been forbidden as police enforced a 2003 Supreme Court ruling and Justice Ministry directives that upheld the Regulations for the Protection of Holy Places to the Jews, prohibiting religious ceremonies that are “not according to local custom” or that “may hurt the feelings of the worshipers” at the site.

Buses from Yerushalayim and Bnei Brak brought chareidi girls to the Kosel to counter the WoW effort, which began at about 7 a.m. and was streamed live on the internet.

The minyan at the Kosel held simultaneously was attended by the rov of the Kosel, Rav Shmuel Rabinovitz, with Rav Yaakov Adas leading the davening on the loudspeaker. Click here for video.