U.S. Sen. Mitt Romney (R-Utah) will apparently not be meeting directly with Israeli Prime Minister Bibi Netanyahu during his trip to the Jewish state this week, reported The Times of Israel on Wednesday.

Netanyahu will also not meet with Sen. Chris Murphy (D-Conn.), a member of the Senate Foreign Relations Committee who is traveling with Romney, according to TOI.

Netanyahu’s office said that the prime minister is vacationing in the north during Pesach.

Instead, the prime minister and Romney spoke over the phone about regional security issues, a spokesperson for the senator told JNS.

Romney and Netanyahu have known each other since 1976, when the two worked at the Boston Consulting Group.

On Wednesday, Romney and Murphy met with other Israeli officials, including U.S. Ambassador to Israel David Friedman, to discuss current issues in the region. 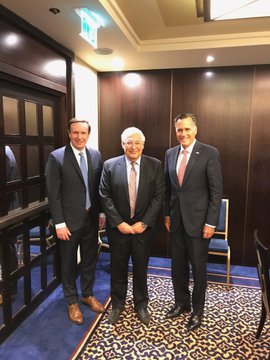 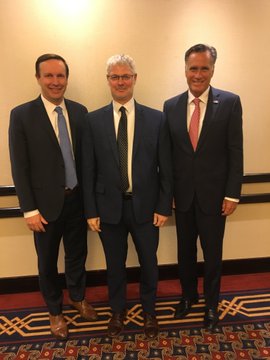 In Jerusalem, met with @USAmbIsrael Friedman and officials at the @IsraelMFA to discuss security concerns in the region. Israel is our most important ally and friend in the Middle East. We stand with them in promoting regional stability and countering the threat posed by Iran.