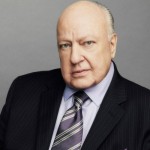 Fox News Chairman and CEO Roger Ailes has been named Adweek’s 2015 Media Visionary of the Year as part of the industry publication’s annual Hot List.

The Fox News mastermind was honored for building what financial analysts SNL Kagan estimates is a $2.3 billion business in Fox News, with twice the revenue of lead competitor CNN.