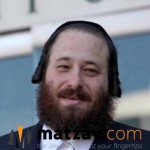 As the Democratic leader of the Rockland County Legislature, Wieder has been one of the most prominent members of the county’s Chassidishe community.
He is quitting that job to fight the recommendations handed down by state school monitors for the governance of the East Ramapo school district.

Earlier this week, a three-member team of monitors, headed by Dennis Wolcott, released a report critical of the way the East Ramapo school district has been run.

Critics have long contended that the school board, which is dominated by members of the frum community, has mismanaged the district, while favoring their own private schools over the needs of public school students.

Joining Wieder as he made his announcement was Assemblyman Dov Hikind, of Brooklyn, who condemned the report as anti-Semitic.

There is no word yet as to when Democrats in the County Legislature will pick a new leader.