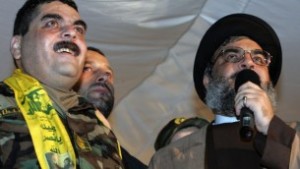 At least three rockets landed early Sunday evening in open areas near the northern city of Nahariya in the Western Galilee, only hours after an alleged IDF airstrike killed Lebanese terrorist Samir Kuntar, who had been previously jailed in Israel for his part in the 1979 murders of a family.

There were no immediate reports of injuries or damage.

Security forces were searching the area adjacent to Nahariya and along the border with Lebanon for other rockets that may have landed within Israeli territory. The IDF launched an investigation into the incident, and was attempting to determine who fired the rockets.

Lebanon’s Naharnet news site reported that two rockets were fired at Israel from the al-Hinniyeh area, and two more were fired from Tal al-Maaliyeh. Some reports by Lebanese media suggested that a fourth rocket may have landed in the sea.

Northern Israel has been bracing for a possible Hezbollah response since the killing of Kuntar overnight.

“We were expecting this after the assassination of Samir Kuntar,” said Rotem Azati, a resident of Nahariya. “But even so we were surprised,” she added.

Hezbollah on Sunday morning said that Kuntar was killed in an Israeli airstrike, and alleged that Israel may have coordinated the hit with Syrian rebel “terrorists” operating in the area. The Assad regime also blamed “terrorist groups” for the strike.

Reports said that Kuntar was assassinated not as revenge for his past actions, but rather because he was planning fresh attacks against Israel.

There was no official Israeli confirmation of the attack, although officials expressed satisfaction over his death. Kuntar was with a group of commanders from various terrorist groups that were planning attacks on Israel, reports said.

A Lebanese Druze, Kuntar became infamous for a brutal 1979 raid from Lebanon in which he helped kidnap an Israeli family from Nahariya, then smashed the head of a four-year-old Israeli girl, Einat Haran, with his rifle butt, killing her. Three other Israelis, including her father, Danny Haran, were killed in the attack. He was 16 at the time, a member of the Palestine Liberation Front.

He spent 29 years in an Israeli prison before being traded to Hezbollah in 2008 in exchange for the bodies of IDF soldiers Eldad Regev and Ehud Goldwasser. After that, he took on a senior role in the group, was honored by then-Iranian president Mahmoud Ahmadinejad and by Syrian President Bashar Assad, and helped to organize Syrian Druze on the Golan Heights and elsewhere into terror cells charged with carrying out attacks against Israel.