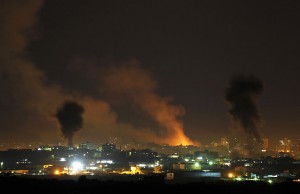 Rockets were fired at Israel from Gaza Strip this evening, two hours before a 72-hour ceasefire was set to expire at midnight. A rocket from Gaza fell in an open area in the Hof Ashkelon Regional Council and another was reportedly intercepted.

Code red sirens were heard throughout the south this evening, including the area of Kiryat Gat and the Hof Ashkelon, Sha’ar Hanegev and Yoav regional councils.

The news came as Israeli and Palestinian delegations were working to extend the three day old ceasefire in Gaza.