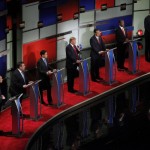 The Republican National Committee officially canceled its partnership with NBC for the next primary debate, voting instead to have CNN host the event in Houston on Feb. 26.

The committee voted Monday to replace NBC on a conference call after negotiations with the network failed, two sources familiar with the call told Politico.

The RNC had initially suspended its partnership with NBC in October after several GOP candidates’ campaigns criticized CNBC’s debate performance.