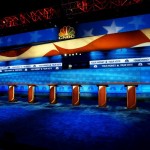 The move comes as retribution for what many perceived as a hostile and poorly moderated debate by CNBC this week.

“The CNBC network is one of your media properties, and its handling of the debate was conducted in bad faith,” Priebus wrote. “We understand that NBC does not exercise full editorial control over CNBC’s journalistic approach. However, the network is an arm of your organization, and we need to ensure there is not a repeat performance.”

“This is a disappointing development,” NBC News responded in a brief statement. “However, along with our debate broadcast partners at Telemundo we will work in good faith to resolve this matter with the Republican Party.” Read more at GOP.com.